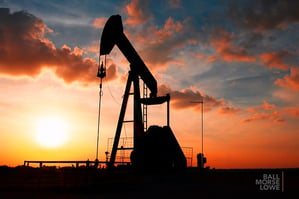 Is it time to expand the traditional Pugh Clause? With the growing trend of horizontal drilling and use of hydraulic fracturing, oil and gas exploration is starting to impact land in various ways.

Is the standard Pugh Clause enough to protect the correlative rights of others? Is it time for the industry to consider a Pugh Clause that encompasses more than “100 feet below the deepest producing formation” to fully enjoy the protections of the clause, whether it is statutory or not?

Birth of the Pugh Clause

In 1947, Lawrence G. Pugh, a Louisiana lawyer, drafted an oil and gas lease, tailored with provisions to prevent the holding of non-pooled acreage. The rationale behind such a provision was to bar lessees from keeping or holding acreage beyond the term of the lease if the acreage was not in fact producing.

Historically, the Pugh Clause has commonly been added to oil and gas leases in an attempt to limit the rights of the lessee, permitting them to hold only particular depths or amounts of the leased acreage from which production is actually taking place.

Generally, lessors want to incorporate the clause while operators would prefer it’s absence, or at a maximum, the least restrictive version of the clause, permitting them to hold and explore the maximum amount of acreage.

The Pugh Clause - In Action

With the use of the clause, the non-producing land is essentially severed, based generally on defined criteria and terms found within the clause. While generally used as part of the contract and determined through party negotiations, some states have enacted statutory Pugh Clauses.

Oklahoma’s Statutory Pugh Clause, 52 O.S .87.1(b), states: “in case of a spacing unit of 160 acres or more, no oil and/or gas leasehold interest outside the spacing unit involved may be held by production from the spacing unit more than 90 days beyond the expiration of the primary term of the lease.”

The Oklahoma Statutory Pugh Clause went into effect May 27, 1977 and “operates to preclude production from satisfying the habendum clause as to the outside acreage for more than 90 days.” In states where no statutory provision is available, a contractual Pugh Clause is commonly used by the mineral owner as a defense mechanism.

But in today’s drilling and development climate, and as the industry shifts, operators may also find unexpected protection from the use of a Pugh Clause.

Areas in the Permian Basin of West Texas are starting to show signs of subsidence due to extensive development of the land resources. As drainage continues, the lands will continue to sink, causing concerns for the subsurface structures.

If an existing formation is producing at a level that is causing the ground to sink, what happens to the land if lower formations are hydraulically fractured? Would adding deeper releases to the Pugh Clause benefit all parties?

In recent cases from Oklahoma, where hydraulic fracturing of a horizontal well allegedly damaged the existing vertical well above, operators looking ahead may find themselves wishing the Pugh Clause they are subjected to had put more distance between them and the subsequent operator.

If a lease calls for the traditional “100’ below the deepest producing formation”, maybe this purported damage is evidence that 100’ is no longer enough. Would putting an additional 100’, or 200’ total, prevent damage to the formations for all parties?

Regardless of what the future may hold, lessors and operators should address not only protections through a broadened Pugh Clause, but also risks and impacts of subsidence, hopefully leaving all parties better off.