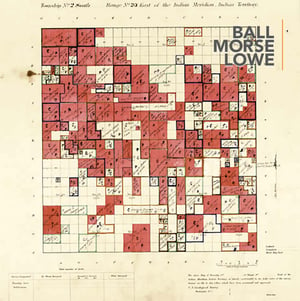 In a previous post, we discussed the Act of August 4, 1947 (61 Stat. 731) (commonly known as the Stigler Act), which governs restrictions on alienation applicable to lands allotted to members of the Five Tribes.

In its current form, the Act automatically removes restrictions on alienation of allotted lands inherited by members of the Five Tribes who have a blood quantum of less than one-half (1/2) Indian blood (as determined by the relationship of the heir or devisee to their ancestor on the Dawes rolls), effective upon the date of death of the decedent. In this post, we will discuss the Stigler Act requirements in administration of the estates of deceased owners of restricted Indian lands.

Oklahoma probate courts maintain supervision over the distribution of a decedent's estate throughout the entire probate process. The probate process is initiated by a petition, which asks the court to appoint an administrator or executor of the estate and determine the heirship of the decedent's heirs.

One of the administrator's most important tasks is to assemble an inventory of the decedent's estate, so that the court can enter an order of distribution of the estate. An order of distribution directs the administrator to transfer the assets of the decedent's estate to the heirs, devisees, and/or legatees entitled to inherit the assets of the decedent in accordance with statutes of intestacy (for decedents who die without a will) or in accordance with a valid last will and testament admitted to probate (for decedents who die testate).

When real property is involved, an administrator will need to include accurate legal descriptions of all of the decedent's real property interests in the inventory and order of distribution. Otherwise, a final decree could result in a cloud on title.

Oklahoma statutes pertaining to probate procedure include certain notice requirements. These notice requirements ensure that parties with a potential interest in the estate (including administrators, heirs, legatees, devisees, trustees, beneficiaries, disinherited and pretermitted heirs, and creditors of the decedent) have notice and opportunity to participate as a litigant in the proceedings, thereby ensuring protection of the due process rights of all parties involved.

Interests in restricted Indian lands are subject to certain protections under federal law. When estates of decedents involve interests in Indian lands, the United States federal government has certain obligations to enforce these protections.

Although state court probates of restricted interests will be governed by the probate procedures set forth in Title 58 of the Oklahoma Statutes, the Stigler Act contains some additional procedural requirements. Once a probate petition is filed, Section 3 of the Stigler Act requires that within ten days of filing, notice of the proceeding must be served to the Superintendent of the Five Civilized Tribes (now the Regional Director of the Eastern Oklahoma Regional Office) of the Bureau of Indian Affairs.

A Department of the Interior field solicitor will file an entry of appearance in the case to monitor the proceedings and accept service of pleadings in the matter. In addition, if the decedent is a tribal member, the administrator of the estate should request an inventory from the tribe’s realty office or the Bureau of Indian Affairs Land Title Records Office (LTRO) to ensure that the probate inventory includes accurate legal descriptions of all of the decedent’s real property, including restricted tribal lands.

Probate Decrees as Instruments of Title

In Oklahoma, probate decrees that involve distribution of real property serve as title instruments to convey the decedent's real property to the decedent's heirs or devisees.  To provide record notice of the transfer of title, final decrees entered by a district judge are recorded with the County Clerk of each county in which the decedent owned real property interests.

Although the applicable federal and state statutes do not expressly require probate decrees to recite the tribal membership and blood quantum of heirs, as a practical matter, inclusion of this information serves to provide notice to title examiners of whether or not each heir of restricted interests takes the real property free of the restrictions on the allotted lands.

Consequently, at the end of a probate proceeding, two certified copies of the final decree should be submitted to the office of the field solicitor who entered an appearance in the proceeding. This ensures that the records maintained by the applicable BIA Land Title Records Office or tribal realty office are updated to show the transfer of record title to the decedent's heirs, as well as a removal of restrictions on lands inherited by any heirs with a blood quantum of less than one-half.

If you need assistance with the probate of an estate involving restricted Indian lands, please give our office a call at 405-701-5355.