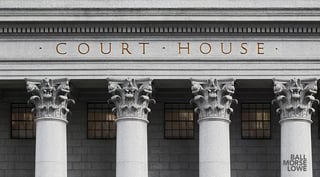 Most attorneys in Oklahoma are aware that the Oklahoma Supreme Court is where an aggrieved party must go to appeal an adverse judgment of the district court in a civil case.

Unfortunately, only a subset of attorneys seem to be aware that they may also make a claim directly to the Oklahoma Supreme Court in certain cases.

However, such actions are important for all Oklahoma attorneys to understand because they can provide powerful and unique remedies for their clients.

These types of actions, typically known as original actions, are not substitutes for a direct appeal, but are an entirely different procedural process intended to cure a different malady than an adverse judgment. See Spradling v. Hudson, 1915 OK 76, ¶ 3, 146 P. 588.

Rather than correcting an errant appealable order, the purpose of an original action is to force a lower court judge or a state entity to take some action required by law or to not take some action which is prohibited by law. I

The party seeking the writ will file an entry of appearance, an application to assume original jurisdiction, a petition for the specific relief sought, and a brief in support of the application and petition. In practice, the application and the petition are often combined into one document, which is expressly allowed under Rule 1.191 (b).

Although not specifically required, the petitioner will almost always file a separate appendix, which may include copies of the authorities relied on, the documents preceding the action (e. g., the order under review in when seeking a writ of prohibition), as well as any other affidavits or supporting material that might be necessary for the Court to understand and resolve the issue at hand.

After the application is filed, the Court will normally order the opposing party to respond and set the matter to be heard by a referee of the Court. No reply brief is allowed except by leave of Court. Motions are generally inapplicable, as the argument that the Court should not assume original jurisdiction is generally the purpose of the response brief.

The hearing is an informal proceeding where both parties appear before the referee and are given an opportunity to explain their side of the issue. After the hearing, the referee will write a brief memorandum outlining the issues that, along with copies of the petitioner’s and respondent’s filings, are distributed to all of the Justices and set on the conference docket.

The general practice is to distribute the referee’s memorandum on Tuesday for consideration at the following Monday conference. Once the matter is decided, it is generally disposed of with a concise unpublished order. If jurisdiction is assumed, the Court will so state, and then make its order along with a brief explanation for its ruling.

Unfortunately, many Oklahoma attorneys only think of the Oklahoma Supreme Court when they are ready to challenge an adverse judgment on direct appeal. However, knowing when and how to use the Court’s supervisory authority to assume original jurisdiction is an important and powerful tool that every attorney practicing in Oklahoma should understand.

Contact Ball Morse Lowe, PLLC at 405-701-5355 today to discuss your appeal with an experienced and thoughtful appellate attorney.