The 7 Steps of an Oklahoma Civil Appeal 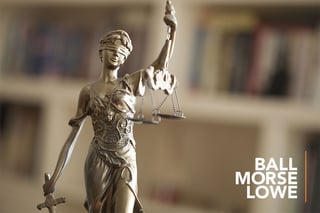 We’ve previously written about the four phases of civil litigation in Oklahoma. But what happens when the trial is complete? Whether you prevailed in the trial court or not, your case may not be over.

Oklahoma, like all states, has an appellate system in place designed to correct errors made in the trial court and you — or your opponent — may choose to appeal an adverse judgment.

There are several steps to a general Oklahoma civil appeal. Each will be discussed briefly below. Please understand, this information relates to a general civil appeal of a final order of a district court in a civil case. There are many other rules that apply to other types of appeals, such as appeals in criminal cases, interlocutory appeals, and many others.

If you are the party holding an adverse judgement, before filing an appeal you will no doubt want to discuss with your trial and appellate lawyer whether you should ask the trial court to reconsider its ruling. However, you must be aware that asking the trial court for post-judgment relief can have disastrous consequences to your appeal, should your post-judgment motion be denied.

Most notably, if you seek a new trial in the district court, it is critical that you raise every issue that may want to later appeal, as you will only be able to raise on appeal those issues which you raise in your motion for new trial. All other issues will be waived for purposes of appeal.

Additionally, certain post-trial motions can extend your time to file an appeal, but many do not. Because the failure to appeal within the allotted time is a jurisdictional bar to your appeal, it is absolutely critical that you are certain whether your post-trial motion extends your appeal time or not.

Once you have decided to appeal an order of the trial court, the first step is to file a petition in error with the Oklahoma Supreme Court. This is the instrument that begins your appeal. It is a relative simply document that briefly apprises the Court of the type of case you are appealing, the parties, and provides a general outline of the facts and procedural posture of the case.

As referenced above, timing is absolutely critical at this stage. For most Oklahoma civil appeals, you have thirty days from the date the challenged order was filed with the district court clerk to file your petition in error.

Thus, a well-constructed record is vital to the appellant’s success. Although it is the clerk of court that compiles the record, the deadline for completing the record — which is six months from the date of the entry of the order under appeal — is charged against the appellant.

Thus, as an appellant it is important that you work closely with the clerk of the district court and any court reporters working on designated transcripts to ensure that record is completed on time.

If the opinion is adverse to you, you have the opportunity ask the rendering court to reconsider its opinion. If you choose not to do so, or if you do so and court denies the relief you seek, you may then, should you have grounds, ask the Oklahoma Supreme Court to review an opinion of the Court of Civil Appeals on certiorari.

The processes and rules governing an Oklahoma civil appeal, just as the litigation that precedes it, can seem complex and daunting. Whether you are a party holding an adverse judgment, faced with the prospect of defending an appeal, or a fellow attorney desiring a consultation, there is no reason to brave this process alone.