The Stigler Act Amendments of 2018 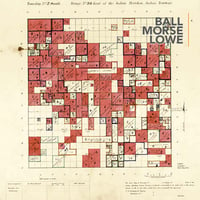 In a previous post, we discussed H.R. 2606, the bill that amends the Act of August 4, 1947 (61 Stat. 731) (commonly known as the Stigler Act). The Stigler Act governs restrictions upon alienation of surface and mineral interests in lands inherited by lineal descendants by blood of allottees of the "Five Civilized Tribes." The Five Tribes were forcibly removed to Indian Territory, and resettled on lands located within the geographical boundaries of what is now the State of Oklahoma.

On December 31, 2018, H.R. 2606 was signed into law, thereby amending the Stigler Act. So what are the title implications for lessees of restricted lands inherited by descendants by blood of Five Tribes allottees?

The tribes known as the “Five Civilized Tribes” (what are now the Chickasaw Nation, the Choctaw Nation of Oklahoma, the Cherokee Nation, the Muscogee (Creek) Nation, and the Seminole Nation of Oklahoma), were allotted under the Act of June 28, 1898 (also known as the Curtis Act of 1898), which extended provisions of Dawes Act of 1887 to include the Five Tribes in the allotment scheme. The rolls of the members of the Five Tribes that were compiled to determine who was eligible to receive an allotment of land are commonly referred to as the "Dawes Rolls."

The process of allotment was part of a larger federal policy to terminate tribal governments by forcing the tribes to transfer communally-held treaty lands of the Five Tribes to their individual members. However, the legislation providing for allotment included provisions that imposed specific restrictions on conveyances of allotments by the allottees, which meant that sales, leases, or other encumbrances of allotted lands were null and void as a matter of law unless they were approved by the Secretary of the Interior. Although the restrictions were initially set for a limited term, subsequent legislation extended restrictions on allotted lands and conveyed limited jurisdiction to Oklahoma state courts over certain matters involving Five Tribes restricted lands, including the determination of heirs of Five Tribes allottees and their lineal descendants through probate and quiet title proceedings.

Prior to the 2018 Amendments, Section 1 of the Stigler Act automatically removed restrictions upon alienation of allotted lands that were inherited by a blood descendant of a Five Tribes allottee upon the decedent's death, unless the restricted lands were inherited by “an Indian heir or devisee of one-half or more Indian blood.” As a result, the decedent’s descendants who were of less than one-half blood were stripped of control over the decision of whether to maintain the restricted status of their lands.

The Impact of the Amendments on Five Tribes Restricted Lands

The most significant impact of the Amendments is that when an owner of restricted lands dies, the restrictions on the lands "belonging to a lineal descendant by blood of an original enrollee whose name appears on the Final Indian Rolls of the Five Civilized Tribes in Indian Territory" will remain, even if the heir or devisee has a blood quantum of less than one-half. This includes all heirs or devisees of lineal blood descendants of a Five Tribes allottee, regardless of whether or not the heir or devisee is enrolled or unenrolled. In other words, as of the date of the enactment of the Amendments forward, the restrictions are no longer automatically removed for lineal blood descendants of Five Tribes allottees.

What About Restricted Lands in the Estates of Five Tribes Descendants Who Died Prior to the Date of the Amendments?

The restricted status of lands held by descendants of Five Tribes allottees has significant ramifications for anyone who seeks to buy or lease restricted interests. Per Section 2 of the Act as amended, in absence of approval by either an Oklahoma district court in which the land is located or the Secretary of the Interior, any conveyance of restricted interests is invalid. The approval requirement expressly applies to oil and gas leases.

It is a common practice to take leases from the apparent heirs of a decedent, even though the heirs of a decedent's estate have not yet been judicially determined through a probate or quiet title proceeding. Thus, lessees may have concerns as to whether a lease from an heir or devisee with a blood quantum of less than one-half, taken prior to the enactment date of the Amendments, would still be valid in absence of approval. Fortunately, this issue is clearly addressed in the Amendments at Section 2(i), which states that “nothing contained in this section shall invalidate the alienation, conveyance, lease, including oil and gas or other mineral leases, mortgage, creation of liens, or other encumbrance of any lands, if such action was effective before the date of enactment of the Stigler Act Amendments of 2018 and valid under the law then in effect...”

Thus, it appears that the Amendments were crafted to clarify that if approval of a lease covering inherited restricted lands had not been sought because the lessor was a lineal descendant with a blood quantum of less than one-half, the lease would remain valid as long as the lease was effective prior to the enactment date of the Amendments.

Potential lessees of oil and gas interests should be aware that as of the date of enactment of the amendments (December 31, 2018), all restricted lands inherited by lineal descendants by blood of Five Tribes allottees will remain restricted, even if their blood quantum is less than one-half. As a result, more leases of lands held by lineal blood descendants of Five Tribes allottees will require court approval.

In addition, potential lessees should be aware that if the current record owner of a restricted interest is deceased, if a final court order determining the heirs of a decedent in a probate or quiet title proceeding had not been issued as of the December 31, 2018 enactment date, and a valid lease of the restricted interest had not been taken as of December 31, 2018, a new lease taken from the heir or devisee of the restricted decedent will now require approval by an Oklahoma district court (or the United States Secretary of the Interior) in order to be valid, regardless of the blood quantum of the putative heir or devisee.

The text of the Stigler Act Amendments is available here: https://www.congress.gov/bill/115th-congress/house-bill/2606/text

Do you have interests that could be affected by the Stigler Act amendments?  Do you need to probate the interests of an estate involving restricted lands? Ball Morse Lowe can help. Give our office a call today at 405-701-5355.