How Child Support Is Calculated for the Professional Athlete

How is Child Support Calculated in High Net Worth Cases?

In most cases, a child support computation is statutorily defined so long as husband and wife make less than $15,000.00 in combined gross (pretax) income. However, in cases where monthly income is above this $15,000.00 combined amount, the computation of child support is left to the discretion of the court, and as such, will vary significantly on a case-by-case basis. 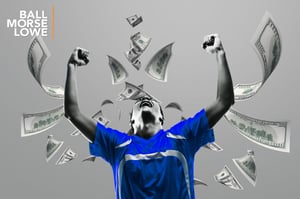 While most guidelines for child support cases reflect a level of income that is likely to continue at the same levels existing at the time of the award, how much to award when those levels are likely to change, such as in the case of a professional athlete, is an open question requiring a different method of computation and additional considerations.

In a traditional case of computing child support above the guidelines, the potential range of outcomes is typically limited to one of two or three arguments. While this range would lead to different child support proposals from the parties, the parties would likely cite similar cases that the court is familiar with, knowing that a similar outcome would result.  What happens when income is not anticipated to remain consistently high, such as a professional athlete, or maybe an oilfield wildcatter?

Child support computations in cases that are above the guidelines give broad latitude to the court. See Okla. Stat. tit. 43, § 119(B) (2001). That latitude should consider the unique circumstances related to a professional sports player with a limited career expectancy, or a personal injury attorney who settles a large outlier case. For purposes of our evaluation we will primarily utilize cases involving professional athletes; however, the same arguments could be used for cases involving “one-off” high income years.

In cases involving parents who are in high income professions that have limited lifespans, such as professional athletes, there is a growing amount of nationwide precedent as courts have recognized the particular concerns associated with allowing for the vast differences in projected future income when compared to present income of professional athletes. See, e.g., Douglas v. Douglas, 2003 WL 21125427, 2003 -Ohio- 2518; Boone v. Holmes, 2015 WL 3562658, 2015 -Ohio- 2242, Slip Copy (2015); In re Keon C., 344 Ill.App.3d 1137 (2003); Smith v. Freeman, 149 Md. App. 1, 814 A.3d 65 (2002). See generally Judith G. McMullen, The Professional Athlete: Issues in Child Support, 12 Marq. Sports L. Rev. 411 (Fall 2001). Because this is an area of law that has an evolving precedential understanding, and taking into consideration the court’s discretionary role as defined by statute, most courts must decide matters of first impression in light of the uncommon facts of this case.

The child should enjoy the standard of living that would have existed had the parties not separated, suggesting that the child should share in the parents’ good fortune. E.g., Hector v. Raymond, 692 So.2d 1284 (La.App. 1997). Even in cases where a child born to a biological mother and a professional athlete (the biological father) would result in the biological mother enjoying a better lifestyle than otherwise would have occurred, courts have upheld tangential benefits to the mother if the primary beneficiary is the child. Id. Of paramount concern in determining the proper standard of living is the “best interests of the child,” some version of which has been quoted by Oklahoma courts almost 1,200 times, according to a recent search.

An appropriate child support award amount is not without limit. Oklahoma court rulings clearly state that “a child’s needs, both essential and lifestyle-related, do not inherently increase regardless of the amount of income.” Smith v. Smith, 2003 OK CIV APP 28, ¶ 12, 67 P.3d 351, 355. Referred to as the “three pony rule,” the question is not whether parents are able to provide excess, but what lifestyle the child would have actually enjoyed had the parents remained together. Id. Furthermore, the “three pony rule” has been quoted in opinions from across the country, showing its broad acceptance since initial introduction in In re Marriage of Patterson, 22 Kan. App. 2d 522, 528, 920 P.2d 450, 456.

However, athletic careers are unlike many other careers because of the kind of preparation needed to play at a high level and the limited duration of these careers. In one case, the court found “compelling in the instant matter is appellant’s very high but transitory income as an NFL player.” Boone, 2015 -Ohio- 2242. In another, the Court of Appeals of Ohio, Second Appellate District found that a monthly award from the trial court of almost $15,000 “is appropriate due to the limited life-span of the Defendant’s earnings.” Douglas, 2003 -Ohio- 2518, ¶ 16. Later, the same court suggested that the trial court did not abuse its discretion in its award, noting that “Douglas’ ability to command a multi-million dollar salary likely will be limited to the relatively short duration of a career playing professional football.” Id., ¶ 19. Elsewhere, a court recognized the “obvious instability” of employment as a professional athlete, saying that a career as a professional athlete is “extremely speculative and could be cut short at any time.” Hector, 695 So. 2d 1284, 1287.

Options for Courts When High Income is Anticipated to Stop

Because of the known transitory nature of income of professional athletes, courts have begun to set aside money in various ways in order to allow for a projected future drop in income. The same could be argued for any high net income profession with limited life expectancy. In Douglas, the court required that 30% of the award, just over $4300, be paid to the custodial parent, with the other 70% to be placed in a jointly administered trust for the future needs of the child. Id., ¶ 25. Other courts have provided for 40% of a child support award to be paid to the custodial parent, with the other 60% overseen by a legal guardian of the child’s property. Finley v. Scott, 707 So.2d 1112 (Fla. 1998). This award to trust to be held for the child’s benefit presents a practical opportunity to provide for the child long-term.

However, the requirement to have a trust or other investment vehicle for a portion of the award has not been universally upheld. In the case of Hector v. Raymond, the trial court stipulated that two-thirds of the child support award should be put in a court-supervised investment account of which the mother is the trustee, with the other third paid directly to the mother. Hector, 695 So. 2d 1284, 1286. The appellate court upheld the award, but struck down the investment restriction, even though the mother was solely responsible for its disbursement. Id., 1287.

Litigating a high net worth child support case requires a familiarity with all potential arguments that may be made to obtain and defend a requested award. The child support laws of the various states have their own unique requirements, but the overall purpose is to provide for the best interest and support of the minor child. The lawyers of Ball Morse Lowe are prepared to think outside the box when the case calls for innovative solutions to difficult questions. To speak to a Ball Morse Lowe family law attorney, contact us today at 405-701-5355. 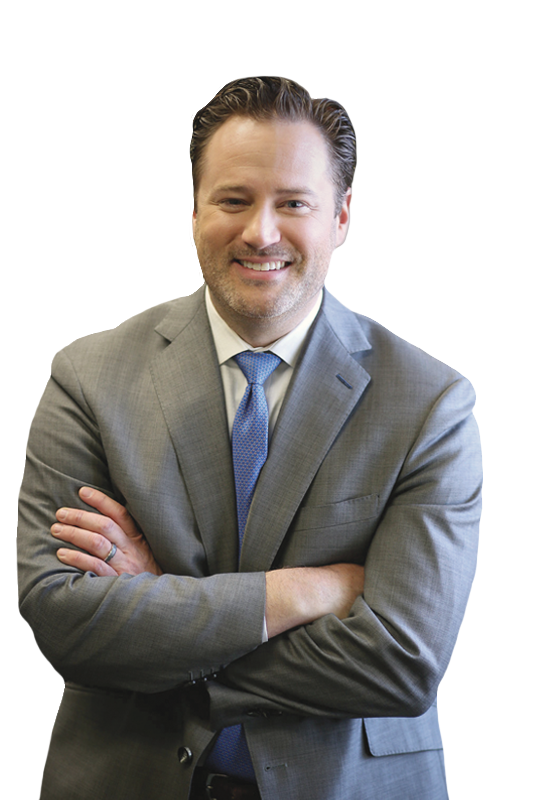