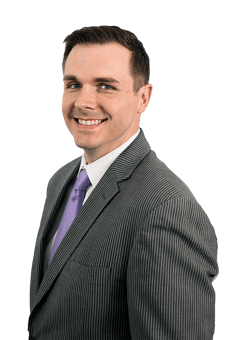 Patrick Lane is an attorney at Ball Morse Lowe, PLLC whose practice is balanced between a wide range of general civil litigation matters and counseling small businesses and private individuals. Patrick's litigation experience includes cases involving business disputes, personal injury, Section 1983 civil rights, real estate, and bad-faith insurance. Patrick's litigation experience in these areas ranges from pre-litigation negotiations to filing the lawsuit, to settlement, trial, and appeal, whatever the case demanded. Additionally, Patrick acts as outside counsel for several small businesses in the Oklahoma City metro and works with these clients in a variety of areas including contract review, real estate transactions, employer-employee relations, and mergers/acquisitions. In addition to his litigation and trial practice, Patrick gained valuable title experience working for a major independent energy company early in his career.
Patrick received his Juris Doctor from Oklahoma City University School of Law in 2011. While attending law school, he was a merit scholar and member of the Phi Delta Phi Honors Legal Fraternity. During his law school career, Patrick was a judicial clerk for the Honorable Judge Dana Kuehn, Associate District Judge for Tulsa County, Oklahoma, as well as a law clerk for the Oklahoma County District Attorney’s office.
In addition to his Juris Doctor, Patrick also received his Master’s in Business Administration from Oklahoma City University Meinders School of Business in 2011, where he was nominated by the faculty to attend the 2010 World Business Forum in New York City. For his undergraduate studies, Patrick received his Bachelor of Arts in religious studies from the University of Oklahoma with a minor in history.