When I first read Oklahoma’s Senate Bill 503 (“SB 503”) filed during the 1st Session of the 57th Legislature (2019), I would be lying if I did not say that my jaw dropped. On its face, most of the existing statute remains unchanged. In fact, very few words 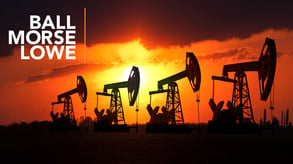 have been added and/or modified. However, if the proposed legislation is passed and survives a constitutional challenge, the ramifications would be huge.

SB 503 purports make two major changes by modifying Title 52 O.S. §87.1 to amend the statutory Pugh clauseand allow wellbore pooling. First, the current statutory Pugh clause provides that lands outside of a spacing and drilling unit of 160 acres or more cannot be held by a lease beyond its primary term. However, because the statute only became effective on May 25, 1977, Oklahoma courts have held that the existing Pugh clause statute cannot be applied retroactively and does not apply to leases that were held prior to that date. But, with SB 503, the spacing requirement of 160 acres is eliminated and all leasehold interests outside of a producing drilling unit would automatically be released regardless of whether the well was drilled before or after May 25, 1977.

Second, SB 503 also purports to create wellbore pooling. As is stands now, pooling has been on a formation basis. So, if one formation is pooled, the initial pooling election made, or deemed if a respondent failed to elect, in that formation would control as to subsequent wells potentially drilled in the same formation. By contrast, pooling by the wellbore would allow respondents to potentially make a different election for each wellbore even if in the same formation.

It is under these sets of rules that thousands of title opinions have been rendered. I have seen oil and gas leases going back to the 1920 that are still in existence because they are being extended past their primary term due to production and the statutory Pugh clause did not apply.  The passage of the SB 503 would be a benefit for mineral owners because they will have leased interests that would now become unleased. This would allow these mineral owners to execute new leases where they would get a new lease bonus and possibly a better lease royalty than they had before.

For affected oil and gas companies, the passage of this bill would result in a cumbersome task of potentially reviewing every opinion they have to assess the potential impact. Any released acreage would have to be leased again if the lands were part of a company’s development plan. In addition, all existing pooling orders will need to be evaluated to determine whether working interest owners are now allowed to make an election on subsequent wells.

If SB 503 were to be passed, it would be one of the most significant pieces of legislation to affect oil and gas that this state has seen in a while. Needless to say, every mineral owner, oil and gas company and Oklahoma oil and gas title attorney will be keeping an eye out to see what happens with this bill.