A Matter of Time: Notice, Marketability, and Affidavits of Heirship 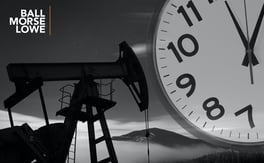 property as surface estates. For example, 84 O.S. § 213 governs the descent and distribution of property of estates located within the State of Oklahoma, including mineral interests. Laws governing real property and succession typically go hand-in-hand and are ideally yoked to accomplish one thing: marketable title.

However, there are many gaps and conflicts between Oklahoma’s real property laws and its laws of wills, descent, and distribution. Specifically, 16 O.S. § 67, which permits the use of affidavits of heirship to pass marketable title to severed mineral interests, conflicts with Oklahoma’s probate code.  As a result, oil and gas title attorneys generally have varying opinions on how to address affidavits of heirship, particularly when those affidavits involve decedents who died testate.

16 O.S.§ 67 establishes the form and procedural requirements that an affidavit must meet in order to establish marketable record title. After being filed of record for at least ten years, an affidavit of heirship may pass marketable title, so long as the affidavit meets the statutory requirements and “no instrument inconsistent with the heirship alleged in the affidavit or recital was filed in the office of the county clerk in the county in which the real property is located.”i

Oklahoma’s district courts have clear-cut statutory authority to determine the heirship of decedents owning property within the state.iii An intestate decedent’s “property, real and personal . . . passes to the heirs of the intestate, subject to the control of the district court, and to the possession of any administrator appointed by that court for the purpose of administration.”iv Similarly, a testate decedent’s will controls the passage of title, “but possession can only be obtained from the personal representative; and he may be authorized by the district court to sell the property devised or bequeathed, in the cases herein provided.”v

The plain language of 58 O.S. § 1 further underscores the district court’s authority. The statute states that district court jurisdiction “must be exercised in the cases and in the manner prescribed by statute,” which includes, among other powers, the following:

In addition, the Oklahoma probate code establishes extensive requirements for proper filing, individual notice, notice to creditors, and notice by publication complement the explicit jurisdiction of Oklahoma district courts in matters of testate and intestate decedents.

Oklahoma statutes do anticipate the possibility of competing claims of a purchaser of interest from an intestate heir of a decedent and a testate devisee of the same property by the same decedent under a will that has not been timely submitted for probate. For that reason, 84 O.S. § 8 prioritizes the claim of a purchaser of an interest from an heir of the decedent over the competing claim of a devisee if the decedent’s will is not timely submitted for probate.

Generally, marketability consists of the idea that a bona fide purchaser may, after substantial passage of time, rely on instruments that have been of-record in the proper office of the county clerk. This idea of marketability essentially measures the likelihood of adverse claims arising after specified periods of time. This concept makes sense concerning surface interests, because the thirty-year statutory period extends far beyond Oklahoma’s fifteen-year adverse possession period.

In that same vein, every title opinion is an examination of risk and its relationship with the law. It is virtually impossible to adversely possess mineral interests, particularly when the claimant is a co-tenant with the missing or deceased mineral interest owner. When a mineral interest owner goes quiet in the county records, it could be for a variety of reasons, one often being death, which is where our problem begins.

Upon death, the statutory heirs of the decedent technically own a deceased person’s property, but that property is also subject to the powers of the district courts.15 A deceased person’s estate, whether testate or intestate, can be distributed through different district court channels, all of which require specific types of notice for particular periods. Oklahoma probate statutes do not grant authority to heirs, or familiar persons, to distribute the deceased person’s estate without intervention by a district court with proper jurisdiction. The known and unknown heirs, successors, and assigns, as well as devisees, are entitled to particular statutory notice – notice which is jurisdictional.16

16 O.S. § 67 requires only the most basic type of notice in property law: record notice. Record notice, on its own, is not sufficient to satisfy relevant procedural requirements for the distribution of an estate.17

Affidavits of heirship are the product of the desire for practicality and efficiency in title. These affidavits are frequently utilized in Oklahoma due to the gradual but widespread fractionalization of mineral interests throughout our tenure as an oil and gas state. Often, fractionalized mineral interests are so small that the expense of probate or quiet title actions far outweighs the income that will arise out of those minerals. This scenario highlights the importance of the SLTA. However, the larger the mineral interests, the more dangerous reliance on SLTA affidavits of heirship becomes.

The perfect scenario for an affidavit of heirship is one in which a direct heir properly executes said affidavit in keeping with the SLTA, there is no will, there are no creditors, and the affiant is fully aware of all of the decedent’s heirs and their dates of death, if applicable. In this scenario, there are no omitted heirs or devisees, and all receive their proper statutory interest in the subject minerals. There is nothing to be challenged.

There are countless scenarios in which an affidavit of heirship could fail, even if it goes unchallenged ten-year statutory period. Here are a few examples:

Each of the above-described scenarios involves 1) property rights which cannot be taken without proper statutory notice, and 2) parties who were not given a fair opportunity to claim their property interest. Until properly accomplished notice happens, the period for challenging distribution of an estate via affidavit of heirship will theoretically never expire. Statutory authority for affidavits of heirship is so new and tenuous that there has been no controlling case law in Oklahoma as to the gaps and conflicts it creates. We will likely see a rise in challenges to this statute as more and more ten year time periods expire. It is only a matter of time.

Articles and blog posts attributed to Ball Morse Lowe are written, contributed to, and edited by BML attorneys, staff, and team members.