Until recently, Oklahoma courts have not addressed the issue of whether a multiunit horizontal well that is commenced off-unit can perpetuate a lease on the adjacent unit into its secondary term, if the lateral for the well fails to penetrate the unit in which the leased premises was located until after the primary term of the lease has expired.

In 1987, the Supreme Court issued an opinion in Kuykendall v. Helmerich & Payne Inc., that addressed the issue of whether an application for a drilling and spacing order that was filed prior to the expiration of the primary term of the lease could hold the lease into its secondary term, where the spacing order creating the unit covering both the surface location and the leased premises was not issued until after the expiration of the primary term of the lease. While Kuykendall didn't address the issue as to off-unit commencement of a multiunit horizontal well on a neighboring unit, its analysis of the "One Unit One Well" principle of 52 O.S. § 87.1(e) has been adopted as a framework by parties seeking to extend Kuykendall's holding to multiunit horizontal wells.

The “One Unit One Well” Principle

The dispute in Kuykendall v. Helmerich & Payne Inc.[1] involved an oil and gas lease covering the NW/4 of Section 7-8N-8W in Grady County, Oklahoma. Seeking to drill a well on the section, Helmerich & Payne Inc. filed an application on November 12, 1976 for an order creating a 640-acre drilling and spacing unit that would include the leased premises, and a hearing on the application was held on December 9, 1976.[2]

Approximately two months before the December 20, 1976 expiration of the lease, Helmerich & Payne acquired its interest in the lease through an assignment dated November 17, 1976.[3] On December 3, 1976, the lessee commenced operations on the McClure No. 1 well, located on the NE/4 of Section 7, which was intended to be the unit well for the targeted formations in the entire section.[4] Despite diligent efforts by Helmerich and Payne to prosecute completion of the well and obtain its spacing order, the Oklahoma Corporation Commission did not grant the order until December 21, 1976, one day after the primary term of the lease had expired.[5]

Ruling in favor of Helmerich & Payne Inc., the Oklahoma Supreme Court grounded its decision on the "One Unit One Well" conservation policy reflected by the language of 52 O.S. § 87.1(e), which states that "The drilling of any well or wells into a common source of supply, covered by a pending spacing application, at a location other than that approved by a special order of the Commission authorizing the drilling of such well is hereby prohibited." The Court observed that it would have been impossible for Helmerich and Payne to drill a well on the leased premises, because “as long as the McClure No. 1 was being drilled diligently in the proposed unit, H & P was statutorily prohibited from drilling a second well into the same formation in the section.”[6] As a result, the Court held that "The combination of the commence clause in the lease and the statutory provisions of § 87.1(e) for formation of a drilling and spacing unit have the legal effect of continuing a lease where drilling is commenced to the common source of supply named in a pending drilling and spacing application if the well so commenced is completed as a producing well."[7]

Should Kuykendall Be Extended to Multiunit Horizontal Wells?

In Harold Lawson, Trustee of the Harold Lawson Living Trust Lawson v. Citizen Energy II, LLC et al.[8], the Oklahoma Court of Civil Appeals considered the issue of whether a multiunit horizontal well drilled on a governmental section spaced as a 640-acre drilling and spacing unit can hold an oil and gas lease covering lands on an adjacent unit targeted by the same well under the lease's commence clause.

"If the lessee shall commence to drill a well or commence reworking operations on an existing well within the term of the lease or any extension thereof, or on acreage pooled therewith, the lessee shall have the right to drill such well to completion or complete reworking operations with reasonable diligence and dispatch, and if oil or gas, or either of them, be found in paying quantities, this lease shall continue and be in force with like effect as if such well had been completed within the term of years first mentioned." [9]

On May 3, 2017, a little over one month before the expiration of the lease's primary term on June 7, 2017, the Oklahoma Corporation Commission entered Emergency Order No. 663389 in Cause CD 201603355T, authorizing Citizen Energy II LLC to drill a multiunit well in the Mississippian and Woodford common sources of supply underlying Sections 11 and 14, and granting a location exception. The emergency order stated that the surface location was "To be determined at the final hearing." Thereafter, on August 23, 2017, the Commission entered an Interim Order, which identified the surface location on Section 14. The final order (Order No. 681156) was not entered until August 9, 2018, after the primary term of the Lawson Lease had already expired.

Although operations to drill the McWhirter 1H-14-11 well on Section 14 were commenced during the primary term of the Lawson Lease, the lateral failed to penetrate Section 11 within the lease's primary term. The Lessor, the Lawson Trust, filed a quiet title action against Citizen Energy II LLC ("Citizen") and Roan Resources LLC, seeking to adjudicate whether the lease had expired. After the Canadian County District Court granted summary judgment to Citizen, the Plaintiff appealed to the Oklahoma Court of Civil Appeals.

Because Citizen’s well had been drilled as a multiunit horizontal well under the provisions of 52 O.S. § 87.8, the court analyzed the language of 52 O.S. § 87.8(B)(3), which according to the court, unambiguously provides as follows:

A Petition for Certiorari was filed with the Oklahoma Supreme Court by the Lawson Trust on April 27, 2020. In briefing, the Lawson Trust argues that because Citizen chose to drill the well under separate spacing and pooling orders pursuant to 52 O.S. § 87.8, rather than create a single 1,280-acre unit under 52 O.S. § 87.9 in which to drill the well, that Section 14 was not "acreage pooled therewith" for purposes of the Lawson Lease’s commence clause. The Appellant also argues that because the Commission’s emergency order did not specify the location of the surface hole, nothing in the order prevented Citizen from moving its surface hole to Section 11 to ensure that the Lawson Lease could be extended. Essentially, the Appellant argues that the Kuykendall holding should not be extended to proceedings for approval of multi-unit wells.

In defense of its argument that a multiunit well should be considered the well for each of the affected units, Citizen points out that it is more difficult for an operator to obtain an order for a single 1,280-acre unit under 52 O.S. § 87.9 due to the statute's requirement that an operator obtain consent of 63% of the owners of royalty interest in the unit as a prerequisite to entry of an order. In its brief, Citizen also educates the appellant and the court on the conservation benefits of locating its surface hole on Section 14 instead of Section 11, namely, four governmental sections could be developed instead of two, thereby allowing four wells to be placed on a single pad instead of two.

Until the appellate proceedings for Lawson are complete, this case should be watched closely. Even if the Oklahoma Supreme Court does uphold the appeals court’s decision, operators should bear in mind that because Kuykendall still requires operations for an off-unit well to be prosecuted diligently to completion to hold a lease, Kuykendall does not give operators carte blanche to its multiunit horizontal well operations. 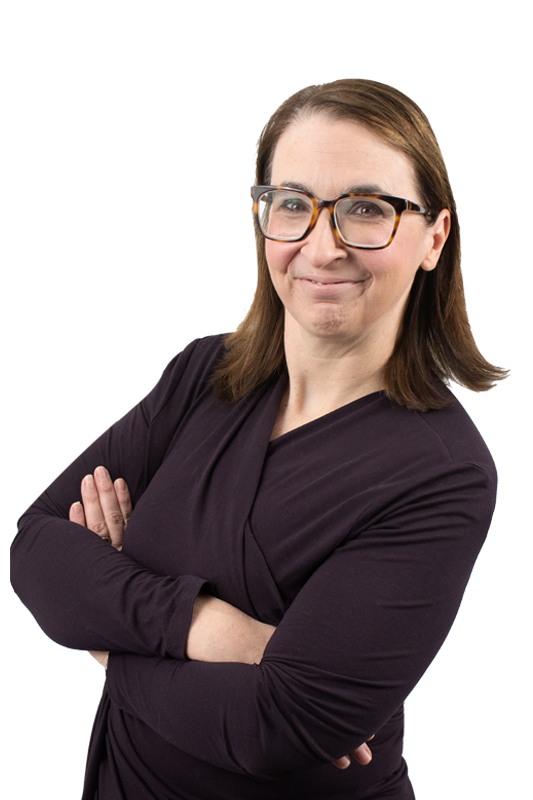 Stephanie Moser Goins is currently a Senior Attorney at Ball Morse Lowe with over a decade of practice in tribal, state, and federal jurisdictions. As a 2008 graduate of the University of Oklahoma College of Law, she earned her Juris Doctorate and a certificate in American Indian Law from the Center for the Study of American Indian Law and Policy.