The Four Phases of Litigation 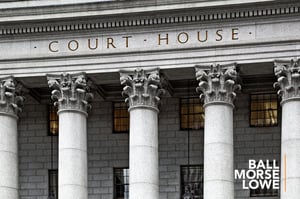 Litigation disputes that wind up in a courtroom are each unique. However, the general path of each court case in Oklahoma City Oklahoma and other areas is relatively similar. Pre-lawsuit negotiations may occur. If those fail, then the lawsuit is filed. After the lawsuit is filed, motions may or may not be filed, discovery is conducted, and most courts and federal courts require pre-trial for the court system to process litigation court cases, alternative dispute resolution attempts to be made, such as mediation. If the case is not settled, it goes to trial. After the trial, there may be appeals and collection efforts before a case is definitively complete. What follows is a general explanation of the various phases of litigation to educate those who may be unfamiliar with these processes.

Pre-Litigation Negotiations and the Filing of the Lawsuit

Typically, civil litigation disputes are negotiated to some degree before lawyers are involved. However, some contracts require the opposing parties to attempt formal negotiations or mediation prior to the filing of a lawsuit. For example, the standard sales contract for residential real estate in Oklahoma has a clause requiring that the plaintiff and defendant attempt mediation and oral arguments before a lawsuit related to that contract may be filed.

In either court case, a person will meet with their litigation lawyer's law firm to discuss the litigation process and case in preparation for a mediation statement or the filing of the document in court to initiate the lawsuit called a petition. The petition sets forth a summary of the facts that give rise to the lawsuit and general request action from the court, either in the form of a money judgment or other court order.

Once a petition is filed, the defending party must be provided a copy. After receiving the petition, the defendant party must answer or file another document with the court, such as a motion to dismiss the case. When the answer is filed, the case moves into the discovery phase of litigation.

Discovery usually begins with written requests from each side of a court case for information and documents. Sometimes the litigation law attorneys disagree as to which documents or information the other side is entitled to, and a hearing is required for the Court to determine the parameters of discovery for the particular case. Also, parties may issue subpoenas to people or businesses that are not parties to the lawsuit in order to get more information or documents.

After parties have completed discovery, one party may file a motion for summary judgment. A motion for summary judgment asks the court to enter judgment prior to a case going to trial. This can only happen if the major facts of a case are not in dispute and the law directs that one party is entitled to the relief it seeks – either granting judgment to the complaining party or judgment in favor of the defending party that the complaining party’s case cannot succeed. If summary judgment is entered on all of the claims, the case is over at the trial court level. Most courts require the parties to make a formal attempt at settlement before proceeding to trial. This occurs either by a settlement conference or mediation. Each party prepares a statement of their side of the case to send to the mediator prior to the day of mediation. On the day of mediation, the parties and their law civil litigation attorneys meet in an agreed upon location and mediation takes place. If the parties can reach an agreement at mediation, the case is settled and resolved. If the parties are not able to settle at mediation, the case proceeds to trial.

After a judgment is entered, whether on a motion for summary judgment, from a jury verdict or by a judge, there are certain motions that may be filed by the parties, such as a motion for new trial, that delay the time for filing an appeal. However, once the time for appeal arrives, the complaining party must appeal to the Oklahoma Supreme Court. More on this from our Appellate Team soon.

Litigation practice area is a serious and sometimes overwhelming endeavor. However, having some insight into the process helps set expectations for the progression of a lawsuit and mitigates frustration when results do not come quickly.